There are now 3 DISTINCT HOYT LINES BY Y-DNA TESTING, so far?

Modern carriers of haplogroup E1b1b1c1 (M34) are the descendants of the ancient Levantines, 7000 yrs. ago.

* Note = (See below near bottom for another Article of same links)

My line, which has tested to be of the Simon Hoyte line, my y-dna tested (E1b1b1c1a) is in this website, See link below.
NEW Simon Hoyt/e Family Tree Pedigree Index 33,000+

(While John Hoyt/Hite (1), of Salisbury, with a Haplogroup R1a,
seems to be of European-Anglo-Saxon Blood, from Germanic, Dutch ancestry)

(*Note-The above paragraph from the HHH Book of 1871, is false, as y-dna & haplogrouping shows we are not of European & Germanic blood origins. View a New Report on Early Roman Settlements in Britain-Wales Haplogroup E3b Report, at link: 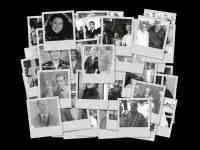 http://dnaancestryproject.com/tutorial/item.php?tuId=2
E1b1b1c1a. M84
The E1b1b1c1 (M34) subclade is found primarily in East Africa and the Middle East. It appears to be the major derivative of the E1b1b1c (M123) subclade described above. The E1b1b1c1a/M84 subclade likely arose in the Middle East and back migrated into Africa. In Africa it is highest in Ethiopia (23%).

It was noted at moderate frequencies (5-20%) in Jewish populations (Ashkenazi, Ethiopian, Libyan and Yemeni) in Israel, providing additional evidence for a link between the Middle East and North Africa. The E1b1b1c1/M34 subclade is also present in Anatolia, Iberia, Sardinia and Crete (frequencies hovering at 5%).

* (Badr Addaoui became Bedraoui / wich means in arabic, "The bright moon", "Light moon",
"Clear moon" because of the high level of knowlege the family allways had. In those years (150 years ago??)
in Fez, Morocco, to be able to read and write was exeptional! Didine Bedraoui).

HITE-HOYT's USE "FTDNA" FOR TESTING

for surname comparisions on the Haplogroup, go to link below:

and New Autosomal tests "FAMILY FINDER" to 5th cousins (Click the "see more.." line)
My Hoyt testing is under heading of "Simon Hoyt" near bottom. #74, Kit 2449

E1b1b, (E3b) which is at once the most common Y haplogroup among Ethiopians, Somalis, Eritreans and North African Berbers and Arabs, is also the third most frequently observed Y chromosome haplogroup in Europe. E1b1b has three common subclades: M78, M81, and M34.

M78 is found throughout North and Northeast Africa, as well as the Near East and Europe. Its network shows high geographic structuring. The a cluster is particular to Europe, where it is highest in the Balkans. It enjoys frequencies of about 31.6% among Greeks[3] with a frequency of about 47% in the Peloponnese region of Greece,[4] about 25% among Albanians at large[4] with a frequency of 46% among Albanians in Kosovo[5], and frequencies of about 20% in some South Slavic populations (Serbs, Macedonians, Bulgarians)[6]. Among Jews both in Europe and the Middle East, E1b1b is the second most common Y haplogroup after J.[7]. A ß and a ? cluster are particular to North and Northeast Africa, respectively. A fourth, d, cluster is found in all regions albeit at low frequencies. Cruciani suggests that it was the d cluster that spread M78 throughout North and Northeast Africa, the Near East and later Europe, c. 14 KYA. It was only during later population expansions bearing the a, ß and ? clusters (which diverged from the d cluster) that led to E1b1b's current high frequency.

M81, the other major subclade of E1b1b, is heavily concentrated in North Africa among both the Berber and Arab populations of that region. M81 is also found, albeit at low frequencies of 1.6-4%, in Iberia. Cruciani attributes its presence in Iberia to a recent migration of M81 carrying peoples from the Maghreb, perhaps coinciding with the Islamic conquest of Spain.

Scholars such as Hammer et al. and Semino et al. have linked the spread of E1b1b into Europe to an ancient migration from East Africa mediated through North African and Middle Eastern farmers during the Neolithic period. However, given the predominance of a cluster of subclade M78 in Europe, Cruciani concluded that it was spread through Europe via peoples indigenous to Southeastern Europe, perhaps in response to the arrival of Neolithic farming by way of cultural contact with the Near East. In turn, it originally arrived into Europe, perhaps, directly from North or Northeast Africa. Thus, its distribution is not simply due to a process of uniform spread of people from a single Near Eastern origin, but rather a series of distinct migrations.


Family Tree's for nearest relative based one LDS databases and your DNA markers.


This website results of 12 to 25 to 36 markers, and gives you links to the LDS database


of closest rerlative and graphs for timelines and surname and country references.


If you already have DNA markers completed, you can fill in the marker search page,


otherwise you can fill out online form for a FREE test kit, but the results will NOT


be mailed back to you, it will be entered into the database for all to use & view.

( After doing parish search records and with the recent UK phone searches, I feel that the Hoyt name in England may have
migrated to another surname spelling of like pronounciation of the above 2-3 surnames. Only DNA matching could prove of where the Hoyt
in England are today. A Y-DNA Chromosome search from one of us here sent to UK might be helpful.
For example, there are only 3-4 Hoyt's in London to Dorset & Dorchester areas, and Zero Hayt's, 1 Haight in London areas, & 1 Hoit in Dorset )

Sites in UK that does Genealogy testing Y-DNA are:

http://www.DNAHeritage.com in Dorset offer a 43 marker Y-DNA test, the most accurate on the market.

http://www.OxfordAncestors.com based in Abingdon offer 10 marker Y-DNA tests as well as mtDNA tests.

http://www.oxfordancestors.com/members/ and login as 'guest'). There are a number of online forums on both Y and mt-DNA testing. Anyone who gets a match at OA will inevitably need to pursue the match with extra testing at one of the other companies. Worth looking at but probably not a first choice for genealogists.

y-DNA Chromosome Surname Projects currently being studied by many Universities

OUR 'SIMON HOYT' BRANCH
MIGRATION from ASIA-MIDDLE EAST-N.AFRICA-EUROPE-SPAIN
to ENGLAND & to AMERICA to CT, NY, MI, OH, WA
& OTHER STATES
(1. List of Hoyt Names & Dates & Where they live/d)
(2. Map of what HoytNames whom lived where in CT-NY-MI-OH-WA-CA)
(3. Timeline Table #1- Imigration in MI & to Other States)
(4.NEW Hoyt US Map & Hoyt World Migration Map & Possible Routes
Jane Stoodley m. Simon Hoyt/e Connection to the Hawkchurch, Dorset, UK - Stoodley's
Go to Link above & Read insert at bottom of Page
(If above link does not work - Click Here for my own sites page on above item)

Hoyt Heraldic or Coat of Arms information:
(Click onto below Coat-of-Arms, to Enlargen) 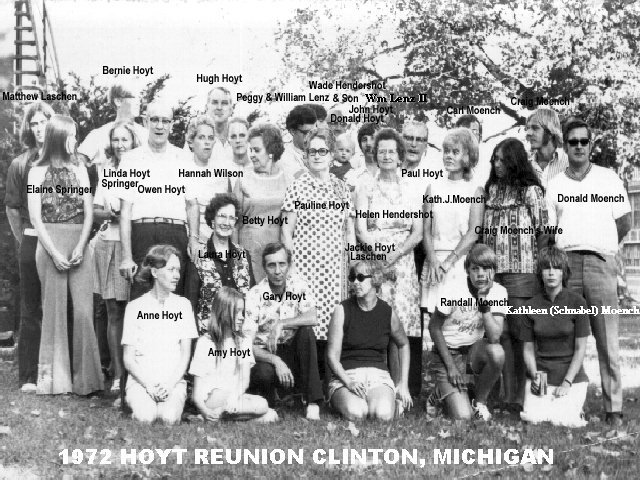 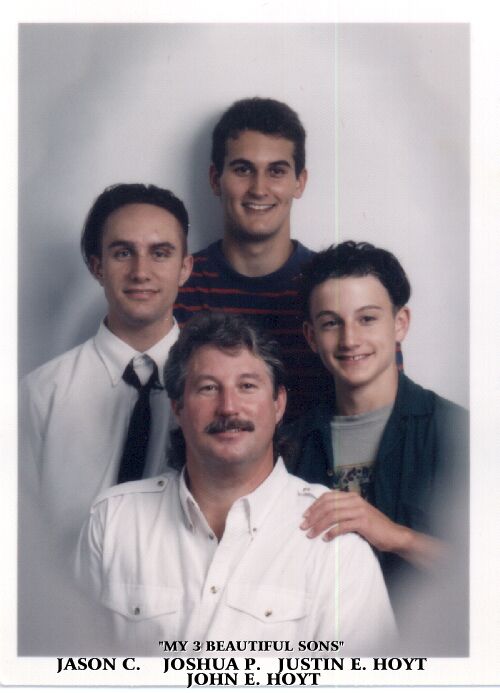